Energy and our environment 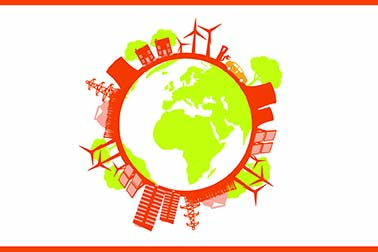 Ten years on from the passing of the 2008 Climate Change Act, the power sector has led the way in the decarbonisation of our economy, making huge steps forward in reducing emissions and accelerating clean growth.

Since the passing of the Act:

Energy UK has marked the anniversary of the Act by publishing a ten-point action plan setting out how the UK can continue as a world leader in tackling climate change.

Energy UK’s ten-point action plan sets out areas where the industry and government can work together to continue and accelerate the UK’s progress in tackling climate change – such as rolling out a national energy efficiency programme, enabling other sectors like transport and heating to similarly slash emissions and ensuring that all low carbon sources, including the cheapest, can play a full role in further decarbonising the power sector.

Energy UK is also publishing ‘Energy and our Environment’ – a publication of essays in which leading politicians, scientists, academics and regulators as well as figures from the energy sector and environmental groups offer their different perspectives reflect on how the Climate Change Act came into force, its influence in effecting the power sector’s transformation and the challenges that lie ahead both for the UK and the rest of the world.

We also spoke to a group of ten year olds to ask them their views on energy and the environment. Hear their thoughts here.