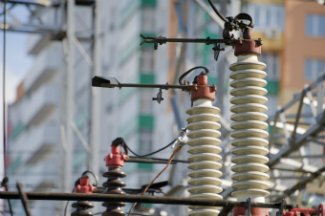 In the UK, our electricity is generated in a number of different ways. It is important to have different fuel sources and technologies to generate electricity so that we have a constant supply and are not overly reliant on one type of power generation. The different types of energy and the amount of electricity they create are listed below:

Most of the UK’s electricity is produced by burning fossil fuels, mainly natural gas (42% in 2016) and coal (9% in 2016). A very small amount is produced from other fuels (3.1% in 2016). The volume of electricity generated by coal and gas-fired power stations changes each year, with some switching between the two depending on fuel prices.

21% of our electricity comes from nuclear reactors, in which uranium atoms are split up to produce heat using a process known as fission. The UK’s nuclear power stations will close gradually over the next decade or so, with all but one expected to stop running by 2035. Several companies have plans to build a new generation of reactors, the first of which could be running by 2018.

Renewable technologies use natural energy to make electricity. Fuel sources include wind, wave, marine, hydro, biomass and solar. It made up 24.5% of electricity generated in 2016 - this will rise as the UK aims to meet its EU target of generating 30% of its electricity from renewable sources by 2020.

The UK electricity network is connected to systems in France, the Netherlands and Ireland through cables called interconnectors. The UK uses these to import or export electricity when it is most economical. In 2015, the UK was a net importer from France and the Netherlands with net imports of 13.8 TWh and 8.0 TWh respectively which accounted for 5.8 per cent of electricity supplied in 2015. Total net exports to Ireland amounted to 0.9 TWh.