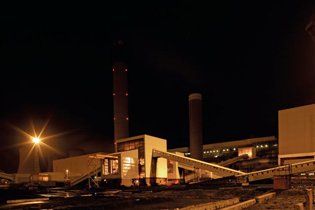 Coal has been a reliable source of energy for many decades. However, coal produces higher amounts of carbon emissions than any other form of electricity generation.

In 2015, global coal production has decreased, the largest decline since the IEA records began in 1971. Furthermore in 2015, the total global coal consumption in energy terms decreased by 2.6% and the largest coal consumers on an energy basis were China, India and USA according to the IEA Coal Information 2016 publication.

A new technology called Carbon Capture and Storage (CCS) is being developed to remove up to 90% of the waste carbon dioxide from power station emissions and store it underground. CCS could be an important way to cut emissions and meet international low carbon targets. For more information about CCS visit the Carbon Capture and Storage Association website.

In the UK, according to the Digest of the United Kingdom’s Energy Statistics, approximately 22% of electricity supply in 2015 came from coal- fired power stations. In November 2016 the Department for Business, Energy and Industrial Strategy announced a consultation, to close the remaining coal-fired power stations by 2025.