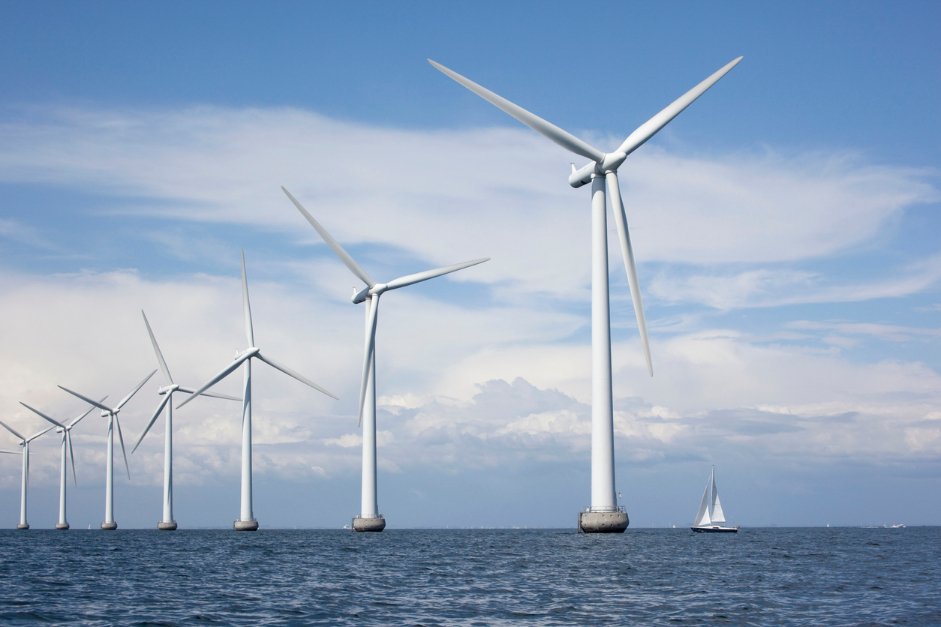 “In 10 years’ time offshore wind will be powering every home in the country.”

These were the words of Boris Johnson as he gave his address to the Conservative Party Conference on Tuesday, a far cry from his 2013 comment that wind farms “couldn’t pull the skin off a rice pudding”.

So why the change of heart from Boris? And is his new ambition achievable? In this blog I will explore the UK offshore wind revolution over the past two decades, the significance of the PM’s announcements on Tuesday, and what’s next.

A brief history of offshore wind in the UK

We have to go all the way back to 2000 to the first time wind turbines were installed in UK waters. Coldplay had just released their debut album and the first series of Big Brother had recently concluded as two Vestas 2MW turbines began generating electricity off the coast of Blyth, Northumberland.

Early deployment was slow, which is to be expected with any emerging technology. Over the next decade, nine additional projects, focused mainly on technological development, were installed bringing overall UK capacity to 1.5GW by spring 2010. Things sped up at the turn of the decade as developers became more familiar with the technology and larger areas of seabed were leased by the Crown Estate. Over the next five years, a further 3.6GW were installed bringing the total UK capacity to 5.1GW by early 2015.

Since 2015, there has been a step-change in the size of offshore wind turbines and the speed of deployment. Today’s turbines are similar in height to the Shard, four times the size of the early models. The rate of deployment has also increased significantly from an average of 250MW/yr across 2005-2010, to 1200MW/yr over the last five years. The amount of offshore wind in the UK now stands at 10.4GW, which accounts for around 45% and 33% of European and global capacity respectively. There may be opposition to the current political trend of referring to the UK as a world-leader, but the term is completely appropriate in the context of offshore wind.

There were four key takeaways from the PM’s speech on Tuesday:

The first announcement was a confirmation of the accepted reality across industry. The 40GW target was initially brought forward as part of the Conservative manifesto for the 2019 election campaign and industry has been working towards the target for a while. Regardless, reaffirmation from the top is welcomed.

The second announcement is significant. This is the first time the UK Government has stated a clear ambition for floating offshore wind, and whilst industry is confident that the target can be exceeded, the announcement will nevertheless send a strong signal to the supply chain and investment community.

The third announcement has received the most attention in the media and signals a shift in focus within government. The cost of offshore wind farms is now so low that the Government, and therefore bill payers, is expected to make a profit from new projects (according to BEIS projections). Focus has therefore shifted to removing other barriers to deployment and this investment in port and supply chain infrastructure will help industry deploy larger turbines at a faster rate.

The final announcement did not make the cut for the Prime Minister’s speech, but can be found in the accompanying press release. Supporting up to double the capacity of renewable energy in the next CfD round means up to 12GW of clean energy may be procured by the end of 2021. Of all the new information that came through on Tuesday, this one is arguably the most significant. If that figure turns out to be true (and we will find out soon), it is the first real sign of government policy aligning with the scale of clean generation deployment needed for Net Zero.

“As Saudi Arabia is to oil, the UK is to wind – a place of almost limitless resource.”

The Prime Minister certainly has high expectations for offshore wind, but what are the next steps to ensure the UK’s potential in this area is maximised?

The long-term vision is now clear. The next step is to design the policy and regulatory framework to facilitate deployment at the scale required. Fortunately, we will not have to wait too long. We expect Government to respond to the summer consultation on amendments to the CfD scheme by the end of the year. In part, the response will set out the design of the fourth CfD allocation round, including clarity on whether or not Government will go for the 12GW auction capacity. It should also set out a longer term vision in areas such as the supply chain and floating offshore wind.

This should be closely followed by the long-awaited Energy White Paper, which (we hope) will include clarity on how a fast-growing offshore wind sector will fit into the wider challenge of decarbonising the UK economy towards Net Zero. Government should then release a call for evidence on the future of the CfD scheme. This will consider how to reduce the market distortion effect of variable renewables on long-term fixed price contracts, and explore an enduring regime for renewable capacity procurement.

With offshore wind capacity in UK waters expected to grow four-fold by 2030 (and potentially ten-fold by 2050), single connections bringing electricity onshore from each project is no longer sustainable. Work is already underway on a review of offshore transmission with the aim of finding the most efficient means of transporting electricity generated offshore to the UK mainland. Finally, early in 2021 Government is expected to publish a hydrogen strategy. Industry will be watching with keen interest for government plans on green hydrogen produced from offshore wind-powered electrolysis.

In the space of 20 years the UK offshore wind industry has grown from two relatively small turbines off the coast of Blyth to over 2,200 turbines dotted along the UK continental shelf. There is no doubt that it has been a success story to date but we are still a long way from the end-goal. Tuesday’s announcements suggest that Government is now gearing up to support the ambition shown by industry and we will soon learn if the required policy and regulatory frameworks will back this up. It is an exciting and critical moment for offshore wind in the UK. The revolution has just started…