Keep your pets and everyone in the home #COsafe 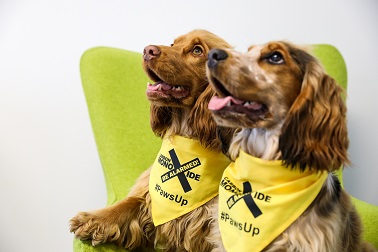 In April this year during National Pet Month,  CO Be Alarmed! launched the #PawsUp campaign to raise awareness of the risk of carbon monoxide (CO) to pets and encouraged pet owners to fit an audible CO alarm to protect everyone in the home.

If carbon monoxide (CO) is present in the home everyone is at risk and pets and children can be the first to show signs of CO poisoning – such as nausea, tiredness or flu-like symptoms. As pets are often left in confined spaces for extended periods of time, they can be particularly vulnerable.

Our new survey found that while nearly all pet owners (98%) believe that their pets are safe at home, nearly a third (28%) worry about the wellbeing of their pet at least once a day and over a third (36%) of UK pet owners have left a social outing early because they wanted to get home to their pet.  Despite this, nearly a third (29%) either don’t have, or know if they have, an inexpensive life-saving CO alarm. And of those who have an alarm, almost one in ten (8%) have never tested it or simply don’t know when it was last checked.

To raise awareness of the risk of carbon monoxide poisoning to pets in the home, the CO Be Alarmed! campaign would love to see pictures of your pets with their #PawsUp to show they’re safe from CO on their social media channels.