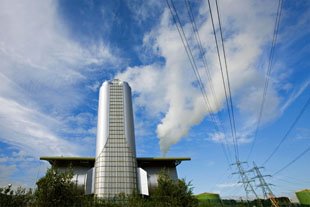 Securing power and gas supplies for Britain's homes and businesses

Former Chief Petty Officer Nigel Gibbs left the Navy to join Centrica as an operations technician at Langage Energy Centre. He spends half his time running the plant and the other half maintaining it. Nigel also has to watch for on-going instructions from the National Grid and traders in the energy markets.

Nigel said: "I'm responsible for the operation of all the plant - the starting and stopping of equipment and the working of all the plant when it is running. I had experience of gas turbines, boilers and water treatment plants from my time on ships and although the basic principles are the same, this is on a lot bigger scale!"