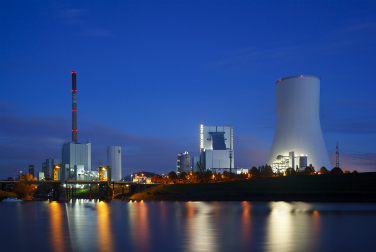 Prices that consumers pay are affected by the wholesale price of energy, which is the price companies pay to buy the gas or electricity they sell on to the end user.

According to recent Energy UK analysis [to be published] – wholesale energy prices account for 36% of the average electricity bill in the UK. The market price is influenced by a number of factors; the price of the input fuel used to produce electricity, as well as demand spikes and supply changes.  Companies buy wholesale energy weeks, months and years in advance as well as on the day of use in order to smooth the purchase price over a long period to avoid price spikes. This protects consumers from volatility in the international markets and ensure enough energy is procured to keep the lights on. From 2013 there has been a general downward trend in the wholesale electricity price, this is manly driven by decrease in gas prices and increase in the amount of electricity generated from renewable technologies. The graph below shows the general trend in the wholesale electricity price (Source: Energy UK Wholesale Market Report [1]).

Electricity is traded on different platforms depending on the date of delivery.

For short-term delivery (within-day or the next day), electricity is mostly traded through exchanges – an electronic platform that matches offers and bids through an auction process. The two exchanges are:

It is also possible to trade electricity for delivering further ahead in the future (for example, you can buy electricity for the next winter or summer period). Most of the trading for longer-term delivery are done via brokers: intermediaries who match buyers and sellers. The London Energy Brokers Association publishes some data on these trades.

Energy companies buy a proportion of their supplies ahead of time. This helps make sure they can guarantee the supply of gas and electricity to their customers when it’s needed. Purchasing ahead like this is called hedging and helps to even out prices over time.

The number of suppliers continue to increase in the retail market. Last year fourteen new suppliers entered domestic market whereas the already operating small and medium suppliers continued to expand. The Retail energy markets in 2016 report by Ofgem indicates that the total market share of small and medium sized companies supplying energy in the UK increased by 4 p.p. and amounted to 14% in March 2016. In total in March 2016 forty-three companies actively competed on the energy market. Furthermore, a positive trend of growing rates of energy supplier switching continue to increase, please see Energy UK switching monthly statistics for more information.

Britain’s energy market has given us among the lowest energy prices in Europe. The Department for Business Energy and Industrial Strategy Quarterly Energy Prices publication[2] from March 2016  show that Britain had the fourth cheapest gas prices and seventh  cheapest electricity prices out of the original 15 European Union countries.

Profits made by energy companies

In order to increase transparency of the sector, Ofgem requires the six largest energy companies to publish their annual financial statements know as Consolidated Segmental Statements (CSS). They include companies’ revenues, costs and profits from operations.

Ofgem’s Retail Energy Markets[3] in 2016 report has shown that the combined gas and electricity profit margin (EBIT) per customer across all six suppliers fell from £51 in 2014 to £47 in 2015. The operating margins in 2015 were equal to around 4% of a bill.