Find out about key people at Energy UK: Emma Pinchbeck, our Chief Executive and our Directors. 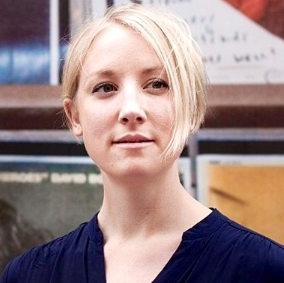 Emma Pinchbeck is the Chief Executive of Energy UK, a position that she has held since July 2020. She is an expert in whole-economy decarbonisation and the energy transition. She also holds several board advisory positions. Emma had her first baby in October 2019 and shares childcare with her husband. She is passionate about efforts to improve diversity in the energy industry.

From 2016-2020, she served as Deputy CEO of the trade body Renewable UK, in which role she also sat on the Board of Scottish Renewables. Prior to this, Emma was Head of Climate Change at WWF-UK. She has an MA from the University of Oxford.

Audrey Gallacher is the Deputy Chief Executive and Director of Policy with Energy UK, the main trade association for suppliers and generators.

Audrey has an extensive background in the energy sector.  Initially working with the regulator Ofgem as Head of Consumer Affairs in Scotland, before moving into energy consumer advocacy in 2000 when she became National Director in Scotland for the statutory consumer representative, energywatch. More recently she has held Director of Energy positions with the watchdog, Consumer Futures and at the charity Citizens Advice.

Audrey is also currently a member of the Scottish Fuel Poverty Advisory Panel and a trustee for the Fuel Bank Foundation.